Jacques Villeglé and the Streets of Paris (in English) 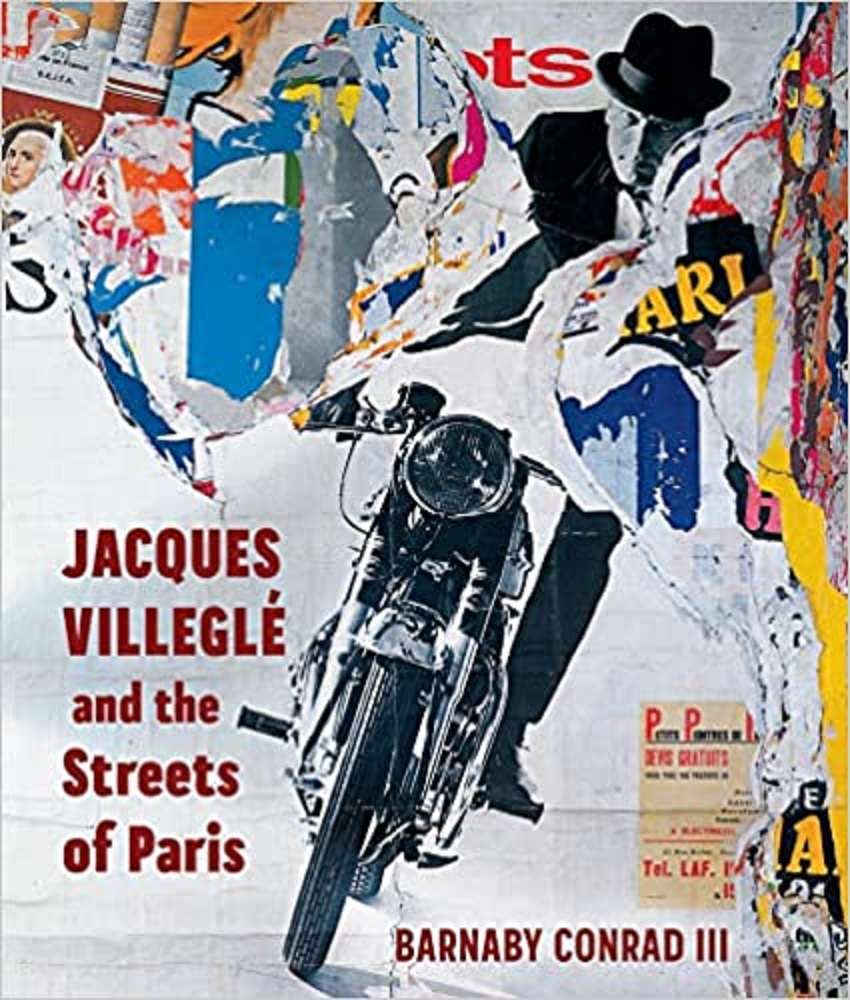 “Art is to be found up and down the street, which is the museum of time past and time present.”—Fernand Leger

This certainly applies to Jacques Villeglé (1926-2022) who wandered the streets of Paris from 1949 to 2003 collecting torn, shredded posters because the colors and shapes reminded him of abstract painting. And he saw each of these random creations as time capsules of life in 20th century Paris.

Join us for a discussion with Barnaby Conrad, whose new book explores a 50-year-long duet between an intellectual poster thief, Jacques Villeglé,  and the everchanging streets of Paris.  Even after the then 95-year-old Villeglé fell and broke his hip in November 2021, he still worked every day on his drawings and his special alphabet. Jacques Villeglé died Jun 6, 2022 at the age of 96. By a strange coincidence, it was exactly 60 years after the death of his friend Yves Klein, a fellow Nouveau réaliste, who died on June 6, 1962. Jacques’s funeral was held in St. Nicolas-des-champs, the same church where Klein had been honored.

Barnaby Conrad III is the author of ten books, including  Absinthe: History in a Bottle (1988), Ghost Hunting in Montana (1994), The Martini (1995), Les Chiens de Paris (1995), Les Chats de Paris (1996) , and Pan Am: An Aviation Legend (1999). He has written monographs on American artists Richard Diebenkorn, John Register, and Mark Stock. A 1975 graduate of Yale, he served as senior editor of Art World in New York; senior editor of Horizon; and Editor-at-Large for Forbes Life. From 1982-87 he was a special correspondent in Paris for the San Francisco Chronicle. Today he lives between San Francisco and his farm in Virginia.

Jacques Villeglé  and the Streets of Paris is a large format (11.5 x 9.5 inches) monograph of 260 pages, with over 185 color images of Villeglé’s art and  170 vintage photographs of the artist, his intellectual circle, post-World War II political figures, and the streets of Paris. It is the first English-language biography of Jacques Villeglé, one of France’s greatest contemporary artists, who died on June 6th, 2022 at the age 96. The book can be purchased on Amazon.

This event will be on Zoom and is free for all Alliance Française members, AATF members, and invited guests of the presenter or publicist. Non-members or persons who have no AF chapter nearby can purchase tickets ($10). Click here to register.