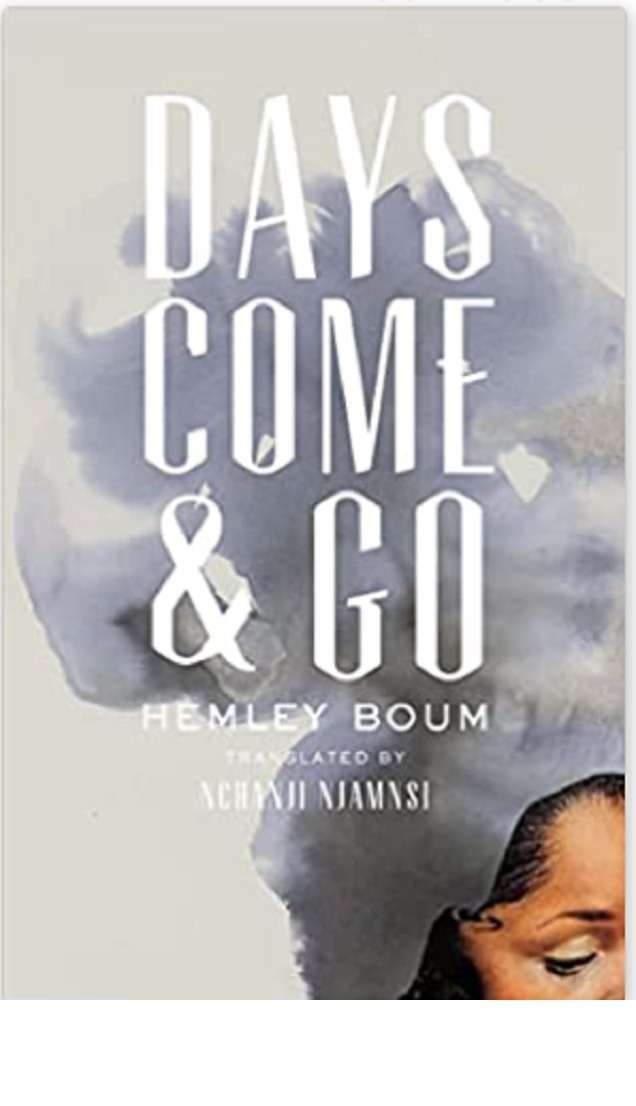 Chronicling the beauty and turmoil of a rapidly changing Cameroon, Days Come and Go is the remarkable story of three generations of women both within and beyond its borders. Through the voices of Anna, a matriarch liv-ing out her final days in Paris; Abi, Anna’s thoroughly European daughter (at least in her mother’s eyes); and Tina, a teenager who comes under the sway of a militant terrorist faction, Boum’s epic is generous and all-seeing.

HEMLEY BOUM is the author of four novels, including Les Maquisards, which received the Grand prix littéraire de l’Afrique Noire, and Days Come and Go (Les jours viennent et passent), winner of the Prix Amadou Kourouma, which has been translated into both German and Dutch. She regularly publishes articles in Jeune Afrique, Le Point Afrique and Le Monde Afrique, and speaks at colloquia, universities, and literary festivals. Hemley has conducted masterclasses in France, Réunion, Cameroon, and Congo, and since 2019 she has been involved in “La Fabrique de Souza”, a series of literary salons in Douala, Cameroon. Hemley was born in Cameroon, where she studied anthropology before relocating to Lille, France, to study international trade. She currently lives in Paris, France.

This event is free and open to the public. Please click here to register.