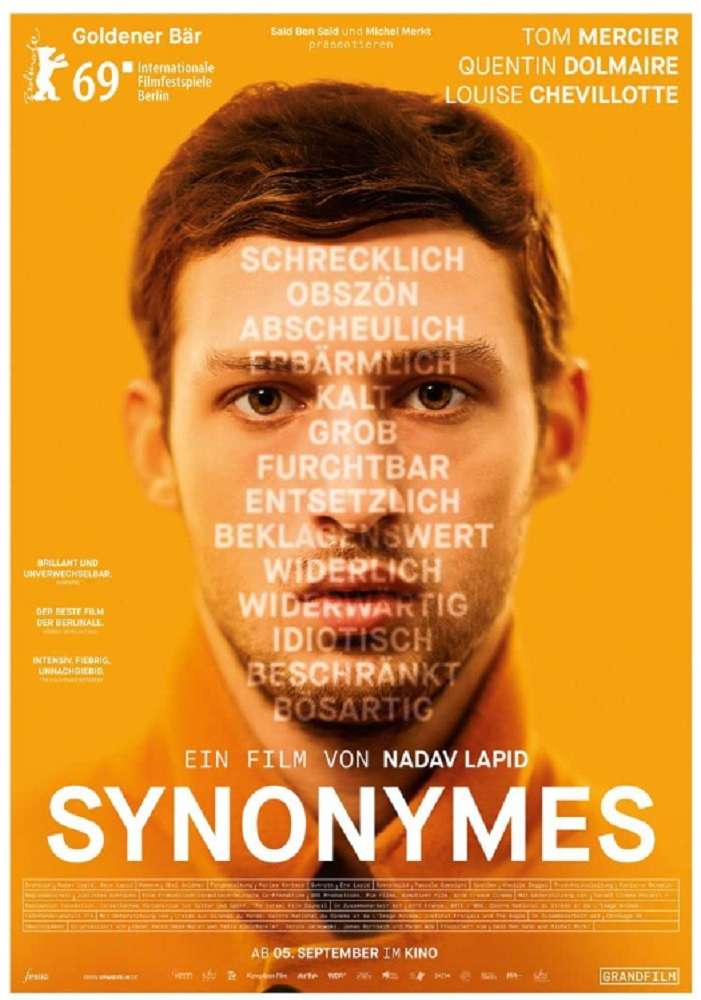 Focus on French Cinema, presented by the Alliance Française of Greenwich, invites you to join their French Cinémathèque film discussions (formerly know as Worldwide Wednesdays,) where a different French movie will be discussed each week in fascinating, lively Q&A sessions with Director of Programming and film critic, Joe Meyers.

Synonymes is a 2019 international co-produced drama film directed by Nadav Lapid, from a screenplay by Lapid and Haim Lapid. It stars Tom Mercier, Quentin Dolmaire and Louise Chevillotte. It had its world premiere at the Berlin International Film Festival on 13 February 2019, where it won the Golden Bear, and the FIPRESCI Award (Competition). It was released in Israel on 28 February 2019, in France on 27 March 2019, by SBS Distribution and in Germany on 5 September 2019, by Grand Film. The film received positive reviews from critics.