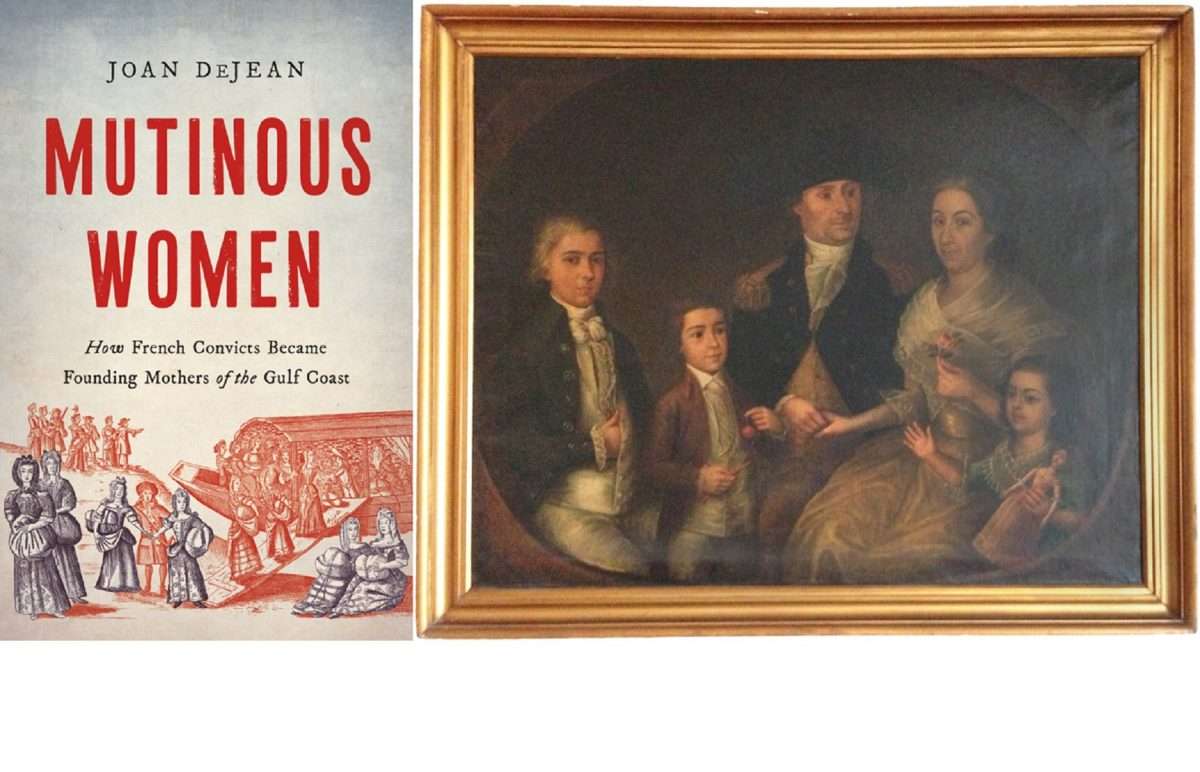 Everyone expects a family with a French name living in New Orleans to be descended from ancestors born in France.  But a family named Guttmann whose members now reside in D.C., New York City, and New Jersey?  Hardly.

And yet the Guttmanns are direct descendants of Marie Daudin, daughter of a dock worker in Orleans, France, deported to the French colony called “Louisiana” in 1719.  In “America’s French Roots,” Joan DeJean will talk with four Guttmann siblings about how Marie Daudin ended up on a ship named La Mutine, Marie’s life during five decades spent in New Orleans, and the lives of her descendants, their ancestors, through the centuries.

The Guttmanns’ story is far from unique.  The Frenchwomen deported along with Marie Daudin by now have descendants living all over this country, and there are surely many Americans today who have no idea that they have French ancestors.  “America’s French Roots” may well be far more extensive than anyone realizes.

Joan DeJean is a Trustee Professor at the University of Pennsylvania. She previously taught at Yale and at Princeton. She is the author of twelve books on French literature, history, and material culture of the seventeenth and eighteenth centuries, including “The Invention of Paris: Making the City Modern”  (2014);  “The Age of Comfort: When Paris Discovered Casual and the Modern Home Began” (2009); “The Essence of Style: How the French Invented High Fashion, Fine Food, Chic Cafés, Style, Sophistication, and Glamour” (2005).

She grew up in southwest Louisiana, in a family and a town in which Louisiana’s French past was the stuff of daily life.  For over thirty years, she has divided her time between Philadelphia and Paris, where she has always worked in the very archives in which, in 2016, she happened upon the story of the women banished/deported to Louisiana in 1719.

Portrait: 18th century portrait by an unknown artist of Marie Angélique Revoil DuForest and her family; reproduced with permission of her family.

Mutinous Women is available at basicbooks.com.  Click here for a recent review by the Wall Street Journal.


This event will be on Zoom and is in English and free for all Alliance Française members, AATF members, and invited guests of the presenter or publicist. Non-members or persons who have no AF chapter nearby can purchase tickets ($10). Click here to register.