Aleksandra Crapanzano talks to Alexander Lobrano about her new book, GÂTEAU (in English) 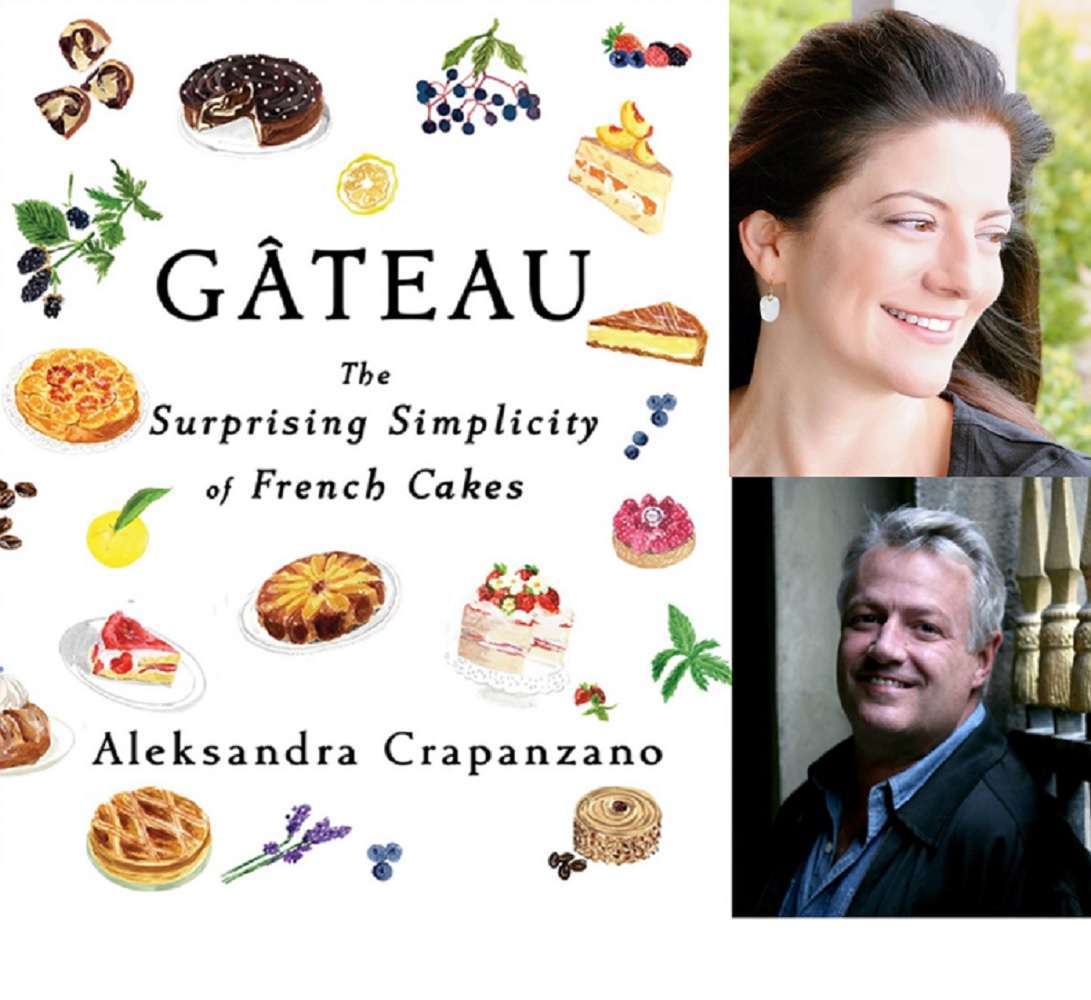 Join us as Aleksandra Crapanzano talks to Alexander Lobrano about her new book, GÂTEAU: The Surprising Simplicity of French Cakes. The James Beard-award winning author will lay out the simple, no-fuss, completely irresistible gâteau in all its many varieties.

When we think of French desserts, we tend to imagine ornate creations and confections—Tarte Tatin, Mille-Feuille, Île Flottante. But while the pâtissiers deserve their reputations, when the average Parisian home cook is in the mood to whip up something sweet, they turn to a very different kind of treat: the simple, no-fuss, completely irresistible gâteau in all its many varieties. GÂTEAU: The Surprising Simplicity of French Cakes (Scribner), by James Beard Award-winning writer Aleksandra Crapanzano is a celebration of these classic recipes, introducing American bakers to a style of baking that is practical, chic, delicious—and very French.

Inspired by a girlhood partially spent in France, GÂTEAU gets to the heart of Parisian home cooking. By and large, the French do not try to compete with their chefs, nor with their pâtissiers. But many Parisians are natural cooks, and Aleksandra has yet to meet a Parisian who didn’t finish dinner with a little something sweet, effortlessly made and casually served. The trick is having an arsenal of recipes that, once mastered, become blueprints, allowing for myriad variations, depending on what’s in season and what’s in the cupboard. That is the French savoir-faire at work, that distinct know-how that effortlessly blends style and functionality in every aspect of life.

Aleksandra Crapanzano is a Wall Street Journal food columnist and screenwriter. A graduate of Harvard College and the M.F.A. Program in Film Directing at NYU, Aleksandra has also written a food column for The New York Times Magazine and a series of essays for Gourmet, for which she received the M.F.K. Fisher Award for Distinguished Writing from the James Beard Foundation. She is the author of The London Cookbook and Eat. Cook. L.A. Her work has been anthologized in Best American Food Writing, and her essays on food, drink, beauty and design have appeared in Bon Appetit, Food & Wine, Food52, Saveur, Departures, Travel & Leisure, Elle, Marie Claire, Town & Country, Imbibe, The Daily Beast and Narrative.

Alexander Lobrano grew up in Connecticut, and lived in Boston, New York and London before moving to France in 1986.Today he divides his time between Paris and an old stone house in a village outside of Uzes in the south of France. He was European Correspondent for Gourmet magazine from 1999 until it closed in 2009, and has written about food and travel for the New York Times, the Wall Street Journal, the Guardian, the Finacial Times, Bon Appetit, Food & Wine, Saveur, Travel & Leisure, Conde Nast Traveler, and many other publications in the United States and the United Kingdom. His latest book, My Place at the Table: A Recipe for a Delicious Life in Paris, was published by Harvest books in June 2021. He is also the author of Hungry for Paris: The Ultimate Guide to the City’s 110 Best Restaurants (Second Edition, Random House, 2014) and  Hungry for France (Rizzoli, 2014). He has won several James Beard awards, and in 2011, he was awarded the IACP’s Bert Greene award for culinary writing for his article “Spirit of the Bistro” in Saveur magazine. He also blogs about the latest restaurants in France on his website www.alexanderlobrano.com.